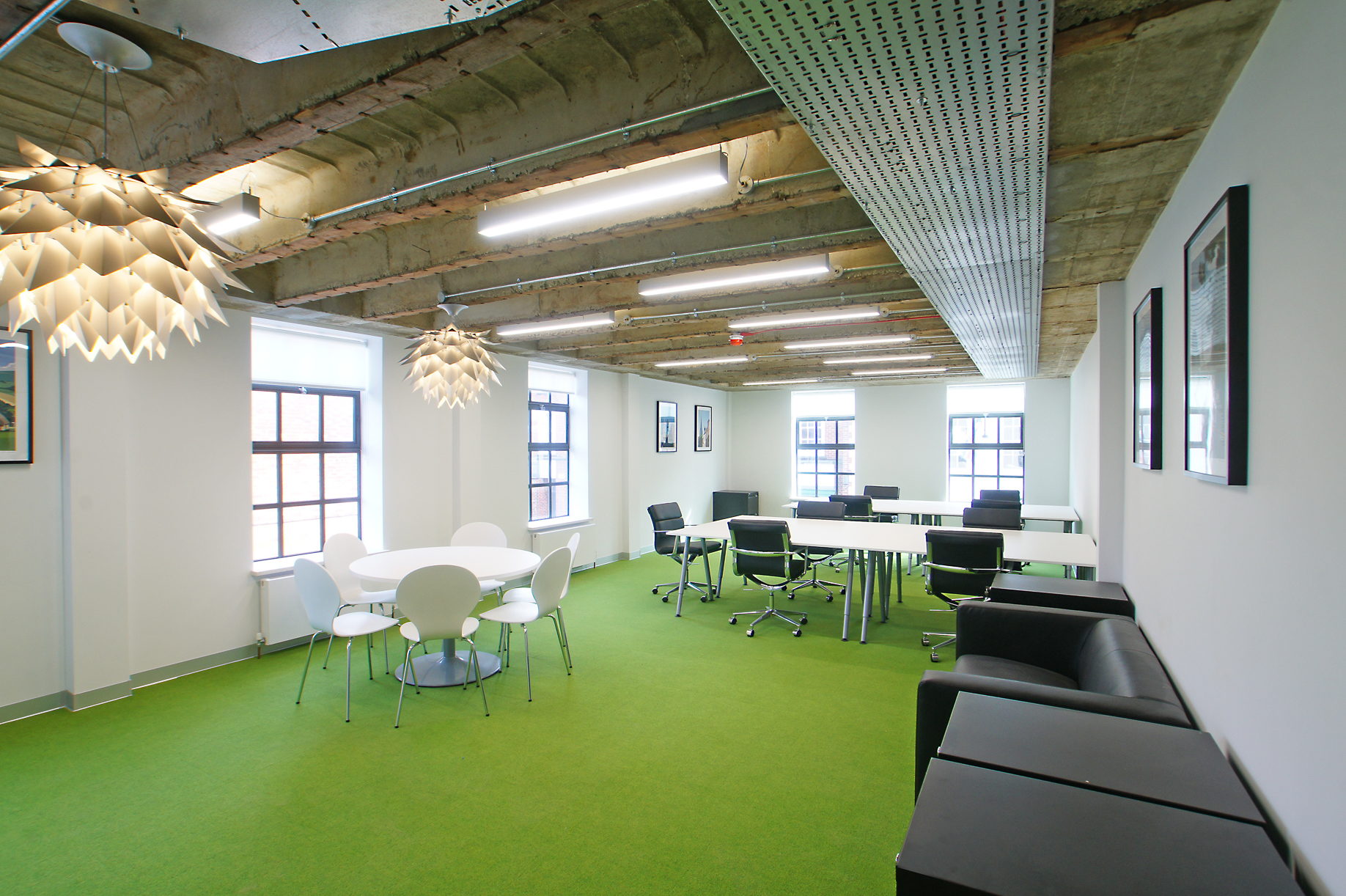 A workplace to be proud of. Within the City Walls. Available NOW.

Five new contemporary office spaces available from early 2018 on North Street in Chichester. Located in the bustling City Centre with roof top views to the Cathedral in the heart of West Sussex.

In the early 1960's the site now known as Sussex House was occupied by Jacob's Library in 25 North Street, while 25A and 26 North Street were home to Chitty's Cycle Shop.  By 1963 plans were being drawn up for a new building. Designed by Tyler & Dixon architects of Prior House in Westgate, Chichester the new building was to have a smaller footprint to allow for Crane Street to be widened and was to be named Sussex House.

In 2016 James Wells Architects were commissioned to reimagine a contemporary, inspiring workplace for the first and second floor offices. The old WSCC offices were entirely removed and the building taken back to its concrete frame. Planning permission was granted for new W20 heritage-style steel windows and work started to fit-out the new spaces in October 2017.

The Minerva Mural by Yvonne Hudson Rusbridge is an installation on the North East Corner of Sussex House. Measuring 3.5m in height the 36 ceramic tiles depicts the Roman Goddess Minerva.

In Roman tradition Minerva was the sponsor of  the arts, trade, and strategy.
For more information on the Minerva Mural see here

Why Locate in Chichester?

A population of approximately 26,000 people
A Cathedral City renowned for its historic character and heritage.
Wide range of shopping, leisure and entertainment provision.
The largest centre of employment in the District.
A university city and centre of excellence for the arts.
Home to the Chichester Festival Theatre, one of the country’s flagship regional theatres, and the Pallant House Gallery housing one of the best collections of 20th century British art.
Environment. Chichester is situated within the south-western part of West Sussex, close to the border with Hampshire, and approximately five miles from the English Channel to the south. The chalk hills of the South Downs National Park lie to the north of the Chichester, and provides the source of the River Lavant which runs through the city and, alongside the Chichester canal, connects the city to Chichester Harbour Area of Outstanding Natural Beauty and West Wittering Beach to the south west.
Connected. Chichester is located on the confluence of east-west and north- south Roman roads, and the city centre retains a largely historic street pattern with a large number of historic buildings. The A27 road bypasses around the southern extent of the city and connects Chichester to Worthing and Brighton to the east, and Portsmouth and Southampton to the west (via the M27). Chichester railway station, on the West Coastway Line, has regular services to Brighton, London Victoria via Gatwick Airport, Littlehampton, Portsmouth and Southampton.